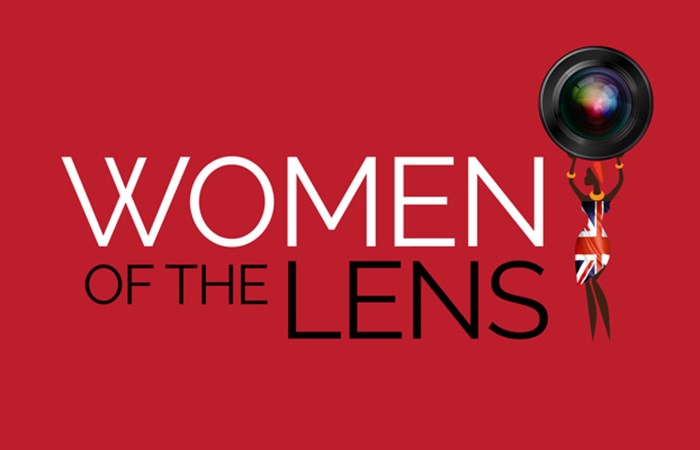 Women Of The Lens Film Digital Broadcast Festival UK-based event launches in November 2017 to showcase the diverse work of and challenge perceptions of black women and women of colour in front of and behind the camera.

Women Of The Lens Film Digital Broadcast Festival launches on Friday 10th November at the iconic venue Goldsmiths Curzon, London. This UK-based Festival was created to showcase the work and challenge perceptions of black women and women of colour in front of and behind the camera.

With 54 productions, 14 Themes, 5 panels of debate, and two historic venues the packed Festival kicks off with Themes as follows:

Can She Get Her Sexy Back?!: The sexuality of black and brown women have been up for grabs historically. The Festival screens Spike Lees Girl 6 and will include a panel discussion to challenge the perceptions of black womens sexuality in film and get back the power of her sex. (Programmed: Friday 10th November, Curzon)

Bonds That Bind: Family comes with many ideological messages. Bound by blood but not always by heart. In this Theme, these messages are explored as people navigate their way through notions of duty, loyalty and love. (Programmed: Friday 24th November, The Cinema Museum)

Sugar And Spice And All Things Black Girl: Black girlhood in film is often fraught with representational issues. Cue films such as Girlhood, Beasts Of The Southern Wild, Eves Bayou and most lately STEP. Included in this Theme is a panel discussion where conversations will attempt to explore how black girls can reclaim their own innocence within childhood. (Programmed: Saturday 25th November, The Cinema Museum)

Count On Me: Those people grown up with or those theyve just met, friendship is an important part of socialisation. This Theme centers on films, which include alternatives to expectations of traditional family that friendships often supersede. (Programmed: Saturday 25th November, The Cinema Museum)

Who Do You Think You Are?! Chapter One and Two Tribute To A Classic: For women and other people categorized as minorities, the concept of identity is an ever-present one. The Festival was overwhelmed with submissions in this Theme, so much so that therere two different screenings. The Festival also pays tribute to the film Burning An Illusion, directed by acclaimed filmmaker Menelik Shabazz. The screening will be preceded by a panel discussion and introduction of the film. (Programmed: Saturday 25th and Sunday 26th November, The Cinema Museum)

Weve Been Here Before: Migration and immigration are subject maters not far away from the top of any political or social discussion. There were healthy productions covering this important topic, which seek to position a point of view from those described as migrants and/or immigrants. The films show the importance of the movement of people across the globe. (Programmed: Sunday 26th November, The Cinema Museum)

Lost Civilisations: This Theme channels the history and traditions surrounding civilisations of the past, physically, and romantic notions of tradition and culture. The films take audiences on journeys to locations where civilisations come under threat and what that might mean to wider society. (Programmed: Sunday 26th November, The Cinema Museum)

City-Scape Dramas: What does life look like under the shadow of an urban sprawl? Screenings in this Theme are about relationships that are influenced by the city almost as a character in and of itself, and the peculiar human bonds cities bear. (Programmed: Sunday 26th November, The Cinema Museum)

Self-Well, Self-Full, Well-Ness, Well-Being: Mental health is a subject which is still a taboo subject in society and one which is rarely discussed without fear and uncertainty. This is often reflected in film. This attitude towards mental health often keeps people isolated, harbouring feelings that they are alone. These films are accompanied by a panel discussion, which attempts to unpack our issues around mental wellbeing. (Programmed: Friday 24th November, The Cinema Museum)

Power In The Feminine: Taking power in self and ones sexuality is powerful and is a Theme the Festival will run throughout. This selection of film embodies the feminine and takes pleasure in desire, autonomy, choice and acceptance of self in whatever form. (Programmed: Saturday 25th November, The Cinema Museum)

What Is Broadcast Today?: Whether or not one works in the industry, its often difficult to imagine a time without the internet. As technology progresses and advertising revenues fluctuate between traditional and alternative platforms of broadcast, the blurring of what wed understood to be broadcast has changed. The panel discussion will include conversations that try to offer new definitions of Broadcast. (Programmed: Saturday 25th November, The Cinema Museum)

Founder and Director Jennifer G. Robinson says; Ive been overwhelmed by the response to the Festival. It demonstrates to me the growing potential of whats being created and my responsibility to filmmakers as they submit their precious creations. The stories contained in the Festival highlights the multi-faceted complexities of black women and women of colour. The stories show that these womens stories are human stories, our stories that can be enjoyed by all audiences irrespective of their ethnicities. Im excited by the coming events and humbled by the support received.

Festival Coordinator Laurelle Jones says; I have thoroughly enjoyed researching the film industry; digging deep for not only quality, but masterpieces that celebrate the gifts from women of colour in front of and behind the lens. The Festival has been warmly received, demonstrating the integral need for such a platform here in the UK. I look forward to the launch of this Festival as it gives birth to a unique experience in film championed by women of colour.

The brainchild behind Women Of The Lens is Jennifer G. Robinson. Jennifer has over 25 years of experience working in the creative industries to include education. Jennifer has worked with Menelik Shabazz and other industry professionals to produce one the longest running London-based film festivals the black filmmaker international film festival. To say that Jennifer is passionate about the industry is clichd, but its the best word to use that describes her innate commitment and loyalty to create and deliver a Festival of integrity to grow to fulfill its ethos as described above.

About the author
Women Of The Lens Film Digital Broadcast Festival is a UK based company and accepts UK and international productions in all genres. This includes, but is not limited to fiction, documentary, features, shorts, web-series and productions for television. Submissions are closed for 2017. Further announcements for submissions will be announced in 2018. The Women Of The Lens Festival takes place on 10th, 24th, 25th and 26th November 2017. Any inquiry should be emailed in the first instance to: info@womenofthelens.com