Blue cockerel takes the stage on the Fourth Plinth NEWS 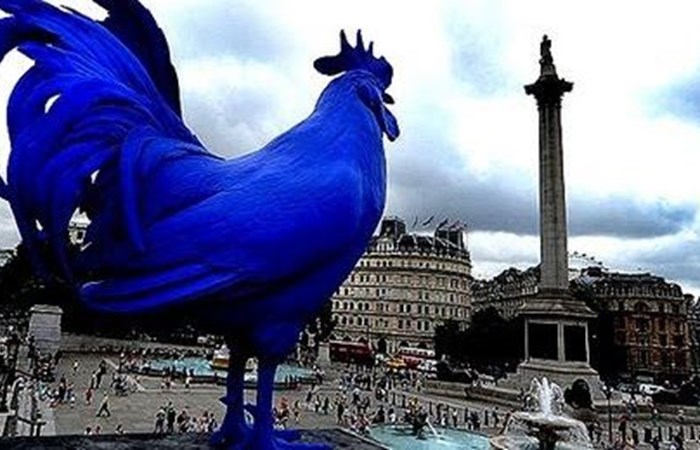 A blue cockerel that is meant to symbolise regeneration and strength has been unveiled on the Fourth Plinth in London's Trafalgar Square.

The bright blue cockerel, a 4.72 metre high piece of artwork created by German artist Katharina Fritsch will be display at Trafalgar Square's Fourth Plinth for a year and a half, and was unveiled by the Mayor of London, Boris Johnson yesterday.

The previous display, a 4 metre bronze statue of a boy on a rocking horse, was taken down to make way for the new sculpture, which has been saturated in ultramarine blue.

It is the latest in a line of artwork that has been displayed on the Fourth Plinth over the last seven years.  It has become home to some of the world's most innovative artworks.

Other pieces of art included a marble sculpture of Jesus, a naked pregnant woman with no arms, and the iconic One & Other by Antony Gormley, where members of the public occupied the plinth for an hour.

The plinth was originally designed in 1841 by Sir Charles Barry to display an equestrian statue, however it was never completed due to a lack of funds.