I See Hawks in LA to tour UK NEWS 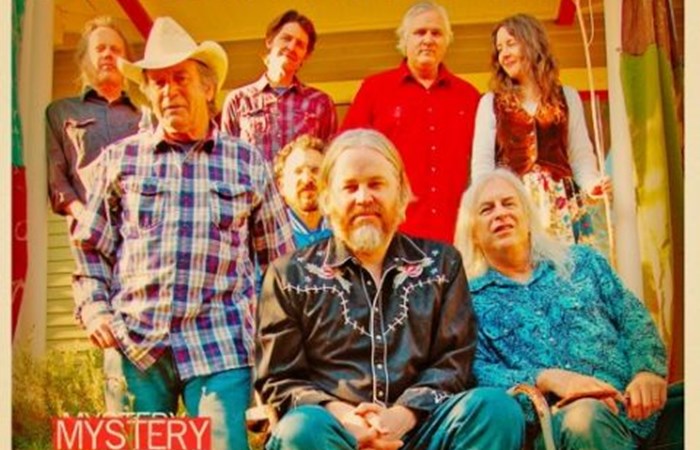 New and old Hawks listeners will be struck by the chances taken in this latest phase of the Hawks journey - mixing serious country cred (members have played with Dwight Yoakam, Emmylou Harris, John Denver, Hazel and Alice, and in every honky-tonk from Mississippi to Malibu) with wild lyricism and surreal story telling. Audra Schroeder of the Austin Chronicle calls the

Hawks: 'Americana, traversing the landscape of the Golden State like Didion on horseback. It's a divine fusion of humor and twang that's definitely high, but not that lonesome.'

I See Hawks In L.A. were founded in 1999 by Minnesotan turned Echo Park dweller Rob Waller and California natives Paul and Anthony Lacques and have been named 'the city's premier roots band' by the Los Angeles Times and 'trance-inducing, the stories transfixing, the vibe completely Californian' by alt. country bible No Depression.

Blood'), and the vanishing of spirits and aquifers of the American west ('Sky Island'). Honky tonk and cowpunk grooves, a Celtic musing on death and ancestry, three memorable love ballads, the signature Hawks harmonies, and lots of cosmic acousticism make Mystery Drug a complex and varied voyage, full of wit and surprises.

in guitarist Lacques' Mojave Desert homeland; wandering hippie caravans; the imminent collapse of suburban Houston. In 2002 the Hawks were decidedly ahead of the curve in condemning the Bush administration's drums of war.

Despite this out on a limb perch, I See Hawks In L.A. have been embraced by legends of contemporary country, requested as an opener by Lucinda Williams and Chris Hillman (who plays on '06's California Country), hitting the Americana Charts, #2 on XM radio's alt country, and three #1's on the Freeform American Roots Chart. They've toured the U.S. many times, and are returning to Europe & the UK for the 4th time from May 22-July 8.

Check out the dates of their UK tour:

Backstage at The Green Hotel

Sat 29 Bedford, The Ent Shed at The Gordon Arms

Fireworks Displays 2021Bonfire nights and fireworks displays to thrill across the country.