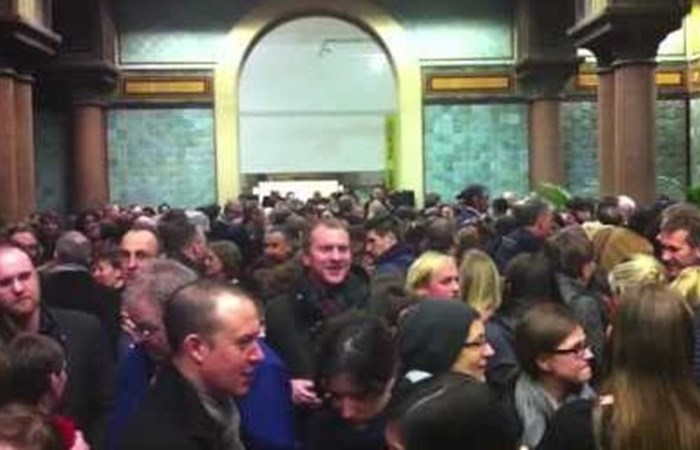 An artist in her 70s has won a £16,500 art prize for a recreation of the perimeter fence from the Greenham Common airbase at the time of the women's peace camp in the 1980s.

Margaret Harrison, 72, who lives in Carlisle, has been named winner of the Northern Art Prize in Leeds. She was the oldest nominee in the prize's seven-year history. The judges said they chose Harrison for her 'vital new work that reflects on her 50-year career at the front line of art and activism'. The artist visited the Greenham Common camp several times in the 1980s and her artwork features items including children's clothing, toys, photographs and kitchen utensils pegged to a replica fence.

She recently told the 'Yorkshire Evening Post': 'The fence itself was almost a piece of artwork, like a canvas, which people used to hang banners and paintings on and weave things into....And I wanted to create a diary of images from the fence that were both personal and political.'

The women of Greenham Common camped outside the US Air Force base in Berkshire for 19 years from 1981, to protest against the deployment of nuclear missiles. Harrison was inspired by their passion and commitment. She  is one of the UK's leading feminist artists, whose debut London exhibition in 1971 was closed down by police because it was deemed indecent.

Despite winning the Northern Art Prize, which is open to contemporary artists working in the north of England, she would not be eligible for the Turner Prize which has an age limit of 50. The Wakefield-born artist told the BBC she was delighted to be nominated for the Northern Art Prize because 'it's the only prize that isn't ageist and it's in Yorkshire'.